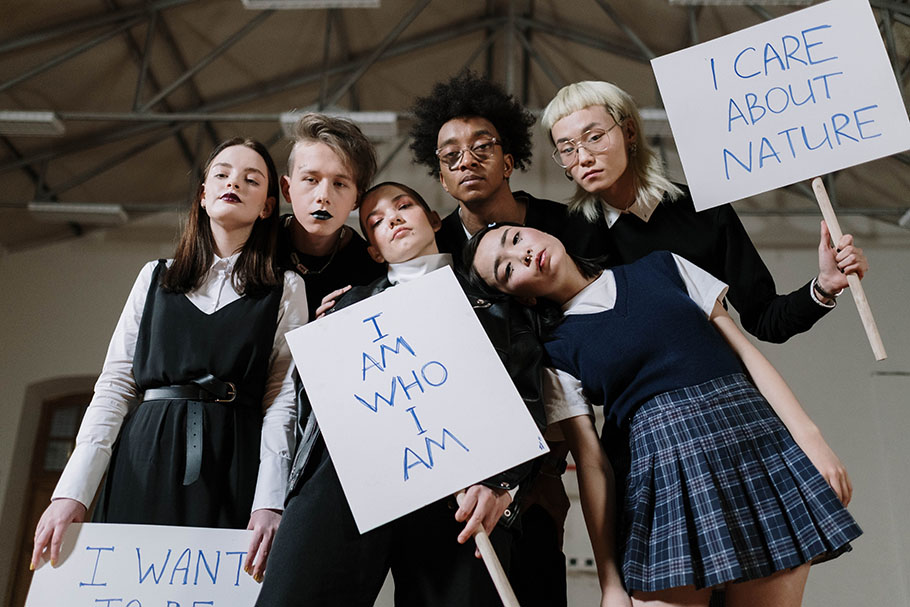 What really matters in the marketplace?

We all have no doubt seen the news this week about Patagonia’s founder giving the company away to fight climate change saying in a message to staff and customers, “Instead of ‘going public’, you could say we’re ‘going purpose’. Instead of extracting value from nature and transforming it into wealth for investors, we’ll use the wealth Patagonia creates to protect the source of all wealth.”

Are the days when a business could get by on providing a good value gone now that the number of consumers who expect those they do business to share their values goes up?

Even on Shark Tank, the television show known for ruthless investments featured Kevin Hart this week saying “I think a story behind the product makes a product that much better,” as he invested in The Transformation Factory. The numbers were there, but the story, the story is what sells, and knowing that, he took a leap.

Can we just blame Millennials?

Second only to Baby Boomers in size, Millennials are the generation that everyone’s been talking about for the last twenty years, and it’s usually their fault. From killing manufacturing jobs to killing housing by spending too much on avocado toast – this generation has been blamed for everything.

But, in this case, there might be a thread to follow. Back in 2014, Boston Consulting Group (BCG) wrote about how the Millennials were changing the face of marketing forever. With the rise of social media, this generation was the first to really have the power to influence brands with their feedback, and to influence the purchasing decisions of others. They said, “Executives and marketers must embrace the new reality: marketing is an ecosystem of multidirectional engagement rather than a process that is controlled and pushed by the company.”

And it was that very engagement, led by the Millennials that led to the rise in body positivity we wrote about last month, and big brands tackling things like food waste that we wrote about earlier this year. But is that the whole picture, or is there more to the story of shifting consumer demands? Well, let’s take a peek at who Gen Z is and what they value.

Born roughly between 1996 and 2012, Generation Z, also known as Gen Z or Zoomers, are just starting to graduate college and enter the workplace. They are true digital natives, growing up with near constant access to the internet and digital media through smart phones, apps, and social media in ways no other generation has experienced before, not even Millennials.

Like Millennials, Gen Z values businesses that do good as part of their mission. That BCG article touched on this too, saying that brands could convince millennials they were doing good when they purchase their products. Their advice to “reach out to Millennials, wherever they are, with a cross-media, cross-channel, and cross-device brand presence” eight years later seems like just more traditional marketing to your average Gen Z consumer though. They want more, and they aren’t afraid to say it out loud.

It’s not enough just to say the right things in a PR campaign, Gen Z will absolutely look up the facts behind any press release you put out. As McKinsey points out, Gen Z is a “hypercognitive generation very comfortable with collecting and cross-referencing many sources of information and with integrating virtual and offline experiences.” 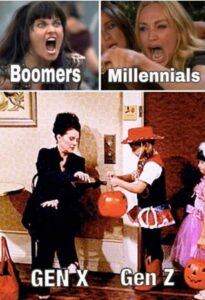 And not only that, but they were raised by Gen X, an often overlooked (hilariously in some cases), and intensely independent generation. “Gen X is raising Gen Z to look like them: autonomous, cynical, with looser reins,” said Corey Seemiller, a professor at Ohio’s Wright State University who has conducted research and written several books on Generation Z. “They figure things out themselves.”

So while your press release might tout the environmental benefits of your product, Gen Z won’t hesitate to put up a TikTok pointing out your wasteful practices, or roast your brand ambassadors for taking a private jet, or to call out your corporate leaders for political contributions they’ve made that might not be in line with what they expect of companies they do business with. They didn’t invent boycotts, but they can rally behind causes like no generation we’ve ever seen. “They understand certain mediums so much better, and know how to make things go viral in a way, unlike those of us who weren’t born into computer and mobile phone culture,” says Subir Sinha, a lecturer in the theory and politics of development at SOAS University of London.

And it’s not just purchasing decisions. Gen Z is also showing signs they take who they work for and contribute talent to very seriously. But just like the lip service in product marketing, they will root out quickly if your corporate values aren’t authentic. Nabila Salem, president at Revolent, told CMSWire, “If your values and ethics exist to purely align with theirs, then your business might be missing the whole point of having ethics and values.”

And they aren’t shy about their demands, expectations, or what they think about your pay structure. In fact, some of them are pretty clear they aren’t going to just give 110% as they “quiet quit” the whole “above and beyond” ethos of prior generations. As the originator of the quiet quitting trend points out, “your worth as a person is not defined by your labor.” After coming of age during a global pandemic, watching their parents work until they were burned out, and seeing role models like Simone Biles show them it’s ok to prioritize mental health, they have learned to value themselves, above all else.

On Re:Thinking with Adam Grant, Mark Cuban said Gen Z takes into account their mental health and wellbeing when considering opportunities, and that “organizations will have to understand that more and more and more as we go forward. Not only for how you treat your employees, but what your customers expect as well.”

As the new kid on the block, Gen Z is getting a lot of attention. And, just like every generation before them, we are going to see “kids these days” articles ad nauseum pointing out all the things they are ruining, and in an odd twist, why we should be afraid of them (it’s ok friends, don’t be afraid).

The fact is, Gen Z is a generation of human beings. They will have all the same basic desires for acceptance, love, and belonging that every generation before them had, so don’t you worry my dear marketers, the FADS techniques will still work. But savvy businesses are noticing some things are likely shifting for good, and those companies have been making sure Gen Z knows who they are, and what they value in their brand messaging. As they get even better at personalized marketing, we can expect even more brands to find fun and interesting ways to reach this highly individual group of young consumers.