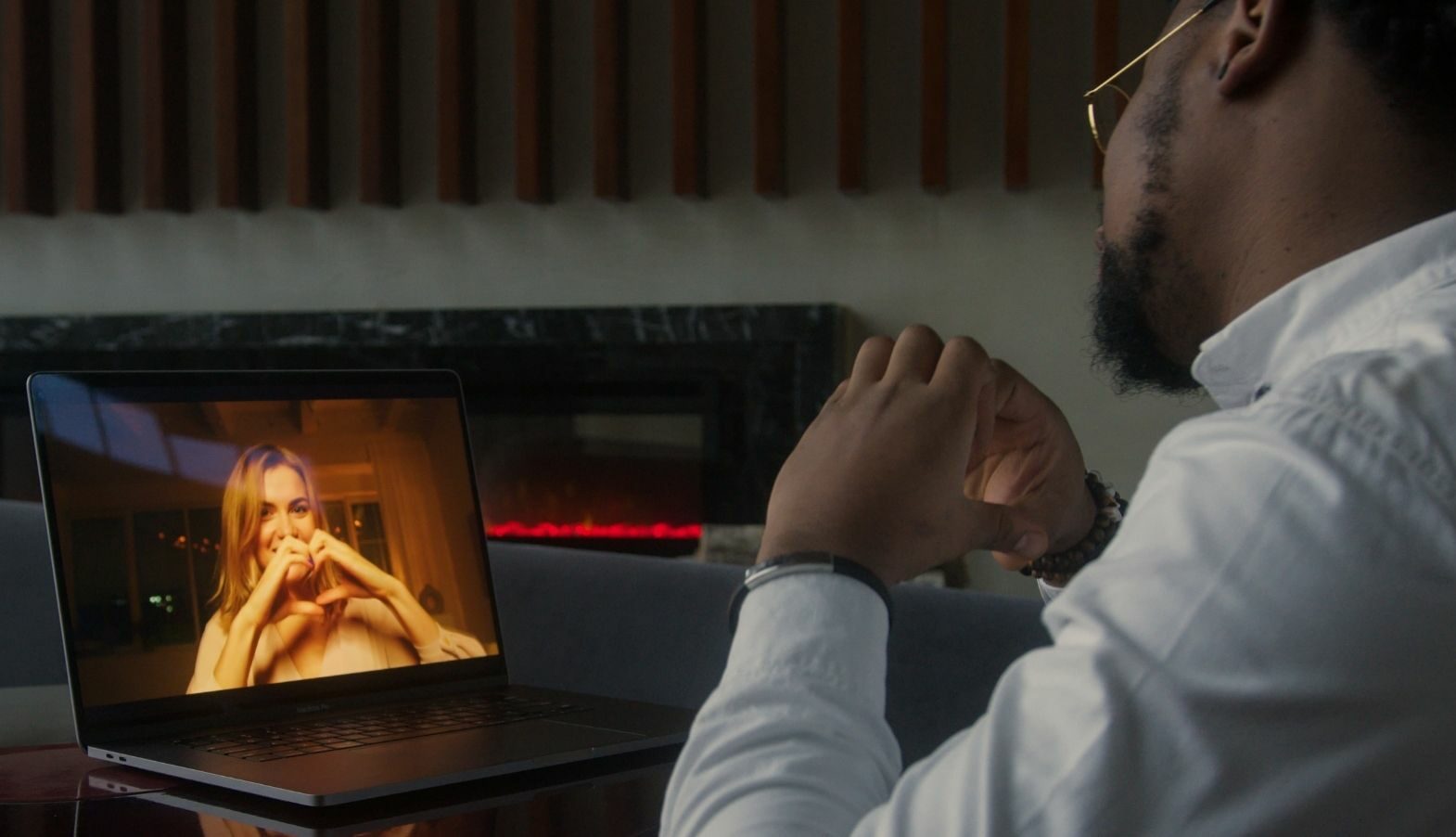 In the Sex chapter of FADS Marketing, we talked about dating apps and the transformation they have had on our culture. Remember when online dating first emerged in the 90s? People searching for partners in chatrooms or the early personal ad sites were teased for being far too awkward for meeting people “in the real world.”

But, by 2019, Stanford researchers told us online dating had become the most popular way for US couples to meet and there were hundreds of different apps to help you meet “the right one” and even a few to help you meet someone for “right now.” And while some research in 2014 indicated relationships that began online were more likely to fizzle, some later research in 2020 told us dating online might actually lead to fewer divorces.

I guess we’ll let researchers battle that out, but where there is widespread agreement, is that online dating is now as completely normal as meeting someone through mutual friends. For Gen Z, online dating has always existed, after all, it’s the way their boring old parents met.

So what are the latest dating trends in the time of the pandemic?

I’m so glad you asked. Let’s take a look at some of the latest trends in dating, including the ones we predicted in FADS Marketing. There might be an on-going global pandemic, and singles might be dating a bit less, but they are still dating.

Being matched with someone who shares your values around health and safety is always important, but especially now during an on-going global pandemic. Some have even coined the term “comvaxability” to define having shared values around vaccines.

“What data can tell us is that the self-reported vaccination badge on apps such as Bumble, which employ an honesty-is-the-best-policy rule, can increase a user’s options significantly. Having a vaccination badge bumped matches by up to 61%.” said Clare O’Connor, head of editorial content at Bumble.

And while talking about things like safe sex or sexually transmitted diseases has long been part of dating, those weren’t things usually brought up before you even met someone in person. With the pandemic, people have been forced to realize, we all have different comfort levels around safety, and we have to ask about masks, how safe dates have been, and who they have been exposed to. There’s been a lot more to think about when deciding to meet in person.

Before Tinder came on the scene in 2012, online dating was all about the long-term. OKCupid or Zoosk could, and often did lead to casual sex, but they told you they were there to help you find a “good match” with extensive quizzes, questionnaires, and other matching magic to make you really feel like there was something scientific going on that would lead you to the one.

Well, turns out, there wasn’t really any magic, and maybe there’s just a wide variety in what singles have always been looking for online, or anywhere else. People looking online for long term love or something more temporary were both forced to pretend they were there for the same reasons though, leading to more breakups and mismatches.

Tinder truly disrupted the market, and gave permission for people to be a little more bold and open about what they were really looking for online. Oh boy, and did that ever lead to a number of alarming pieces about hook up culture and surely what would be the end of marriage.

And yet, a handful of years later, and most of those “young people” being written about so frantically, just like their “free love” parents before them, are old and married. And today’s young people, having been exposed to the idea that people might hook up, are still ok.

In fact, with COVID, and being less overscheduled and just too busy for anything serious, people have had more time to think. And especially during those early days of uncertainty and the disruption that followed, singles are taking stock about what really matters in life.

The trauma of seeing so many deaths in such a short time, while witnessing racial violence, and a record number of breakups and divorces has also given a lot of people the courage to speak up about what’s important to them and what they want going forward. 58% of people who use dating apps say they have shifted towards more intentional dating since the pandemic began according to Singles in America.

For the last 11 years, Match.com and biological anthropologist Helen Fischer have conducted surveys of single people in the United States, and according to her, “Growth is on the rise – looking for more stability, emotional maturity, and that’s new – it used to be that attractiveness was in the top 5 most important traits and now it’s not in the top 5 at all.”

Heather, a podcast listener, told WNYC Studios Death, Sex & Money, “I think one of the good things about COVID, even though you don’t get dinner, is that people are being more honest and it’s really encouraging people to have open honest conversations with their future, maybe potential partners.”

And overwhelmingly singles say they are holding higher expectations for their relationships, and they are being intentional about who they are spending their time with. “[Before COVID] I always saw dates as more of an adventure: the person could be terrible, but I’ll still maybe have a story from it,” Nicole LaFragola told NPR in February. “But seeing my life kind of narrowed down a lot [during the pandemic], I tried to be much more mindful than I had before. COVID really brought home to me to spend my time with quality people.”

Downloading several dating apps to see which one you like best, and which have a higher number of prospects, is also the norm now. Tinder may have disrupted the market, but it is most known as the “straight hookup app” and as people are looking for better matches, they’re turning to the highly specific apps that might help them find someone with similar interests.

And as the pandemic has put a damper on some of the apps that were starting to push people to actually meet up while pursuing their interests, what hasn’t changed is the desire to meet someone who digs your specific quirks, and shares your interests. Users have noted these highly specific apps usually offer fewer people to choose from, and you’ll often find the same people on the more widely-trafficked apps too. So I think as we move into the future, we might see some of those more widely-trafficked apps add features to help people filter their choices for better matches to offer the best of both worlds.

Before the pandemic, suggesting a “video chat” prior to meeting might get you labeled as creepy or weird. After a couple years of video calls, virtual hangs, and park dates though it seems more singles are embracing the ability to screen people a bit better. Even with highly specific apps, and being very intentional about what you’re looking for, we all know people lie on the internet. And video chats are one more tool in the toolkit to weed out people who you don’t want to spend too much time with.

“My sense is that virtual dating in many ways is sort of a new step in the courtship process,” Justin Garcia, the director of the Kinsey Institute at Indiana University, told the Atlantic at the end of 2020. “And I think it’s probably here to stay.”

Dating apps are here to help of course. The Bumble CEO even published a letter encouraging people to take their dates virtual. Now that they’ve invested all that time and effort in virtual dating, app makers are banking on the continued use of their virtual dating products.

It’s a good bet to make. This trend is indeed here to stay. And the pandemic accelerated it, but pay attention to the trends and you’ll see Gen Z has been hanging out with their friends online for years. The digital natives aren’t going to think it’s strange at all to video call, play games online or watch movies together while in separate homes with their dates, they already do all of this with friends.

And speaking of the future, and the FADS Gen Z may usher in as they become adults, Bumble is predicting a rise in dry dating. Despite the rise in drinking during the pandemic, the overall trend has been towards a more healthy, sober lifestyle for a while now. And while a couple decades ago, many of us could never imagine going on a date without a little liquid courage, many people are reporting positive experiences.

The BBC has reported similar trends in the UK: “People think that drinking makes them more confident,” says London-based Caggie Dunlop, 32. But after sober dating a few times, she became “far more confident” because she wasn’t relying on any substance to try and present “the best version” of herself.

Where will the FADS go next?

We are sticking by what we said in the book. The future of sex, even with the disruption of the pandemic, is still a middle path that enables better communication and more understanding between partners. The middle path is healthier, and it’s gaining on us.

The Art and Science of Marketing Influence
Learn more about the techniques influencing each and every one of us every day and just how easy it can be to influence behavior.
Beans are Bringing Sexy Back
This isn’t the first attempt to show off the bold sexiness that beans, that musical fruit, bring to the table. Jump down the rabbit hole with us to discover sexy beans ads from all over the world.
Hooked on Social Media: Keep that data flowing
The children are addicted, teens are addicted, even grandparents are addicted to that rush of notifications and likes - and they just can’t quit. But the rush doesn't last forever. Why are we so into these apps that make us miserable?