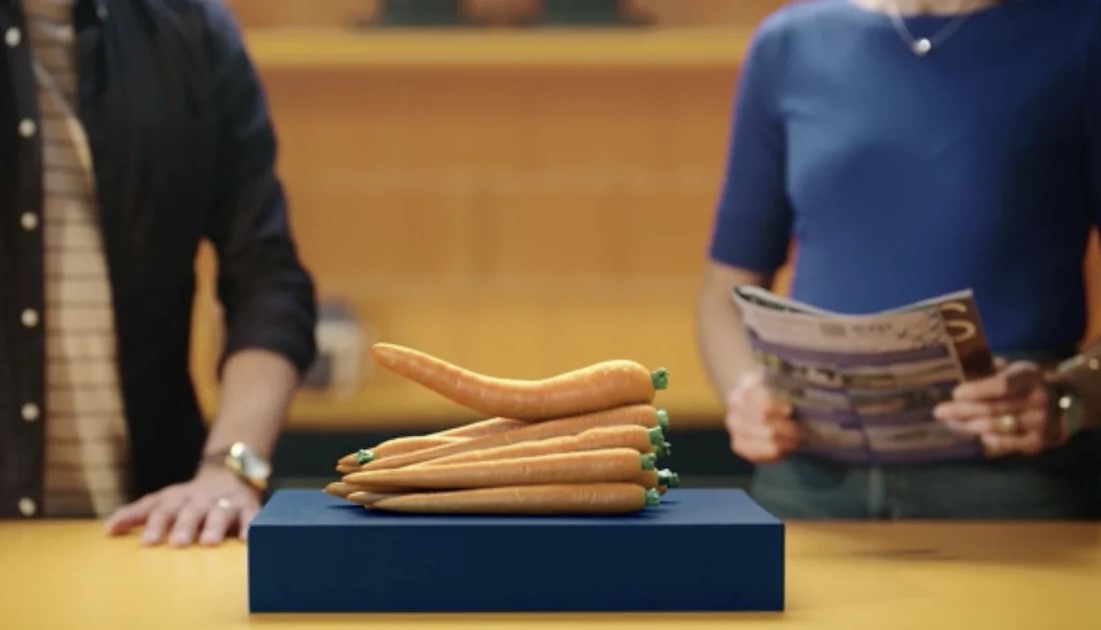 According to the National Health Service (UK), “Peyronie’s disease causes the penis to become curved when it’s erect. The condition mostly affects men over 40, although it can happen at any age. Many men don’t need treatment, as they don’t have pain or the condition doesn’t affect their sexual function. The condition can sometimes improve without treatment.”

So if you start in Minnesota…

In fact, urologist David M. Kaufman told Esquire, “The only reason a man should be concerned, is if he has a problem participating in intercourse. For example, if you start out in Minneapolis but you keep ending up in St. Paul, you’ve got big problems.” And speaking of Minnesota, the Mayo Clinic site says, “Thankfully, PD is a benign condition, so it is the severity of the symptoms and the level of patient-bother that dictates whether any treatment is necessary.”

So if this condition only requires treatment in fewer than 5% of men with Peyronie’s Disease, why did Xiaflex decide to bring “awareness and education” about treatment to the general American public?

Let’s look at the commercial.

The spot begins with a couple is in the kitchen. In front of them is a significantly bent carrot on top of a pile of “perfect” straight carrots as the voiceover says “manhood looks different from guy to guy, but when yours bends in a different direction” (cut to the woman’s face, looking slightly horrified) “you might feel bothered by it” (cut to the man’s face, glancing at that bent carrot, looking ashamed)” so talk to a urologist.

There’s no mention of pain, or education on the disease that doesn’t involve their drug, the focus of the spot is purely on the bend, the horror, the shame, and going to the doctor for a more “normal” looking penis with the “first and only non-surgical option” for treatment – which isn’t exactly true – but penile traction sounds awful, and isn’t it easier just to pop a pill? Never mind that it can cause some pretty awful side effects.

But marketers know what’s successful. They spent years researching how to get men, and their partners, talking to doctors about what they’re positioning as an “embarassing” condition (though some women prefer a bend, claiming a curve offers more pleasure). They have the data to know men are scouring the internet to find out if their bend is normal, and how to “fix” it.

And the profits prove it.

“The med saw a 20% increase in revenue during this year’s third quarter compared to last year, hitting $106 million. Endo attributes the upswing to additional physician office activity and commercial execution.”

No shock there, right? Not if you ‘ve read the FADS Marketing book anyway. If you haven’t read the book yet, buy it now, and learn more about how companies like Endo study our data, form messaging, and convince us to buy their products.

The Art and Science of Marketing Influence
Learn more about the techniques influencing each and every one of us every day and just how easy it can be to influence behavior.
Beans are Bringing Sexy Back
This isn’t the first attempt to show off the bold sexiness that beans, that musical fruit, bring to the table. Jump down the rabbit hole with us to discover sexy beans ads from all over the world.
Hemp, another prohibition tale
While it’s true that synthetic fibers began to increase in popularity and that hemp was a victim of the war on drugs propaganda, that’s not exactly the whole story. As with most history, the real story is even more incredible than that, buckle up and dive in.