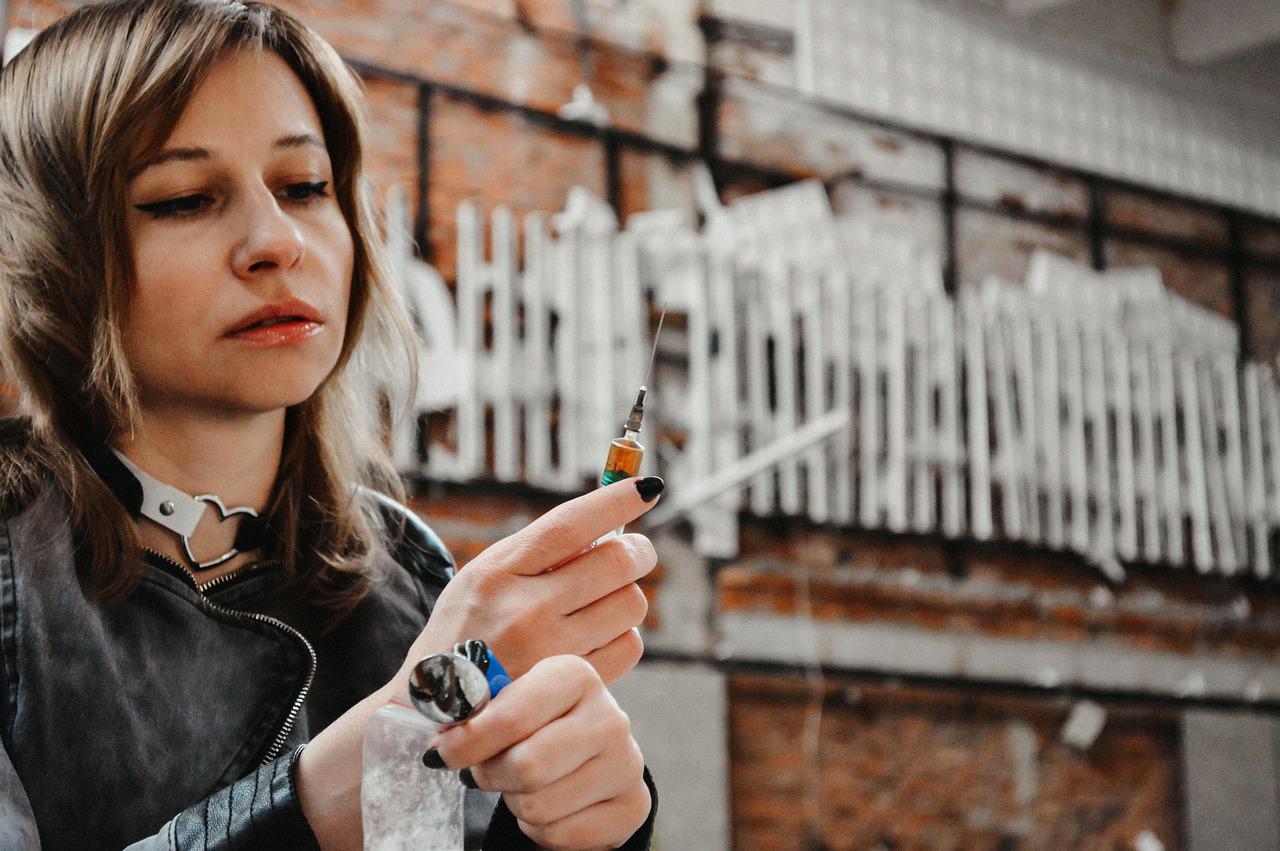 The question of whether drug use influences pop culture, or pop culture influences drug use has been asked countless times for hundreds of years. But do we really glamorize drugs in pop culture, or are some portrayals making room for education and understanding that could lead to more effective treatments?

“Many critics consider Thomas De Quincey’s Confessions of an English Opium-Eater, published in 1821, to be the first explicit exploration of the creative process and drugs. Since then — well, there have been a few more. Whether it’s booze (writers), heroin (rock stars), or cocaine (anyone with money), we’ve long associated, and romanticized the link between, intoxicants and artists’ careers, songs, novels, and films. The definitive heroin movie, for example — Trainspotting? Pulp Fiction? The Basketball Diaries? — is the familiar stuff of barstool debates.” Vulture’s Lauren Levy wrote in 2018.

In the 80s, and for much of the 90s, ‘Just Say No’ and the DARE program were part of every day life for just about everyone in the United States under the age of 18. And in 2022, the DARE program (the same program that lost funding over sparking students’ curiosity about drugs rather than scaring them into sobriety) pointed fingers once again at pop culture, taking aim at HBO’s Euphoria, making the tired claim it glamorizes drug use.

Any casual Google search of the topic will get you pulled down into a rabbit hole of warnings from treatment centers about “drug culture” and “the culture of drugs” with unsupported claims such as “The portrayal of drug use in the media is purely glamorization. In TV and films, we see the glamorous lifestyle of supplier and traffickers, drug dealers, and drug users.”

I don’t know about you, but this doesn’t exactly look “glamorous” to me though at the time it too was accused of causing an increase in meth use.

Warning – this portrayal of overdose from Breaking Bad might be hard to watch.

And it’s not just television… addictions.com gives us their top 10 films that glorify drug use, and they include films like Trainspotting and Requiem for a Dream which, much like Breaking Bad and Euphoria all left me feeling more disturbed than inspired.

So while we do see movies or television shows where people using drugs are having a great time or finding huge successes, there’s usually some kind of downside featured rather prominently in their stories.

Realistic portrayals can lead to education

Just like Breaking Bad taught us that overdose wasn’t the only way drugs could kill you, Euphoria has been credited with showing people the importance of naloxone in stopping an opioid overdose.

In another Vulture piece, Zachary Siegel points out that Euphoria’s accurate portrayal of drug abuse actually provided much needed education on the way teens can save the lives of their friends by showing how you should treat an overdose, rather than showing a dramatized version.

“For all the hubbub, every teenager watching Euphoria at least knows that having naloxone around can save a life. I had no idea what naloxone even was for during the majority of my time using. That’s because I had grown up on DARE officers and media depictions like the outlandish heroin-overdose scene in Pulp Fiction … In contrast, Euphoria seizes the opportunity to educate audiences about the realities of overdose prevention.”

With the nation’s drug-related overdose and death epidemic worsening as stated in this PDF from the AMA, I think we can all agree that keeping people in the dark just isn’t a good idea. Drug abuse is a matter of public health, so it only makes sense for content creators to provide the realistic portrayals they know can help shift public opinion towards a more humane stances on drug use like decriminalization and harm reduction.

As I point out in the book though, the middle path is a bit harder to get to when it comes to drugs.

Marketers will pull the data points for the middle path with the most profit for everyone, and that’s why we’ll eventually see the legalization of Cannabis. And we might just see managed derivatives in the case of the psychedelics being explored to treat mental illness. But things like harm reduction or decriminalization of hard drugs face a much larger stigma that is–funny enough–very likely due to the horrifying portrayals of addiction we often see in the media.

The Art and Science of Marketing Influence
Learn more about the techniques influencing each and every one of us every day and just how easy it can be to influence behavior.
Hemp, another prohibition tale
While it’s true that synthetic fibers began to increase in popularity and that hemp was a victim of the war on drugs propaganda, that’s not exactly the whole story. As with most history, the real story is even more incredible than that, buckle up and dive in.
Yes, you are depressed
What if we all had access to the mental healthcare we need? Great news—private investors, app developers, and big pharma to the rescue!