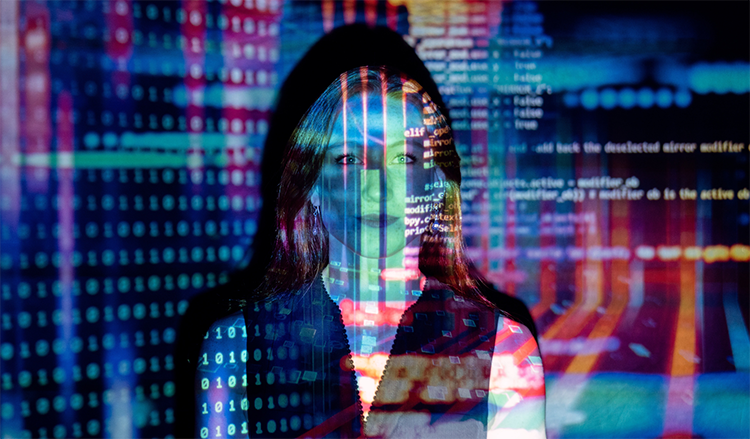 In the Epilogue for the FADS book, I predicted “AI will be the disease and the cure” as artificial intelligence gives marketers the power to know what consumers want, and better accuracy to modify behavior in order to sell their products. As we find our way to the pull of the middle path, there have been, as I suspected, some nasty side effects.

Helping the bots perfect their game

During the pandemic, we mainlined more media than ever before, binging brought the nation together with Tiger King ruling the early days, and later glued in horror to CNN watching as the numbers of never-ending deaths kept rolling in.

We were on Zoom.

We were ordering online more than we ever had.

We were too exhausted to really even think about how we were helping algorithms learn at an even more accelerated pace, feeding those datasets, helping them perfect their game and finally giving the powers that be all the information they could ever want about our thoughts, fears, desires, all at once.

Where are we at today

As the public has started to catch on that AI isn’t just the stuff of movies, and more is now known about how social media was built to be addictive, the public is more informed than we have ever been. And yet, many people still don’t quite understand exactly how they play a role in it, or how it directly impacts them on a daily basis. The algorithms that power their Google searches, show them their Facebook feeds, and suggest products to them are all powered by artificial intelligence.

Can AI have a soul?

Recently, the media has been talking a lot about Blake Lemoine, an engineer for Google’s responsible AI organization speaking out about Google’s LaMDA. If you haven’t seen anything about this, the Guardian explains in a recent story “Lemoine described the system he has been working on since last fall as sentient, with a perception of, and ability to express thoughts and feelings that was equivalent to a human child.”

When I read that, like many Americans, I was reminded of a couple of my favorite movies. In my case, Kubrick’s 2001: A Space Odyssey, and the 2001 Speilberg film A.I. Artificial Intelligence, which centered on a child-like AI played by Haley Joel Osmont. Science fiction has been asking “what makes us human” and “what if AI takes over” longer than you or I have been alive, and while it’s a fun thought experiment, we all know that’s not where we’re at in 2022, right?

Google denies the chatbot is sentient of course, and Gary Marcus wrote in Nonsense on Stilts “There are a lot of serious questions in AI, like how to make it safe, how to make it reliable, and how to make it trustworthy. But there is absolutely no reason whatsoever for us to waste time wondering whether anything anyone in 2022 knows how to build is sentient. It is not.”

Is there a middle path for Artificial Intelligence?

With more youth than ever engaging in STEM topics and activities, I have a great deal of hope for the future. The digital natives are transforming the way we engage with technology and they know how it works, not just how to use it.

And while they bring boundless creativity and technical know-how, it’s also important to remember as we learned from this whole LaMDA thing, being a brilliant engineer or expert in ethics doesn’t always mean one has the ability to understand the larger philosophical questions around sentience.

Ball of confusion: One of Google’s (former) ethics experts doesn’t understand the difference between sentience (aka subjectivity, experience), intelligence, and self-knowledge. (No evidence that its large language models have any of them.) https://t.co/kEjidvUfNY

Eventually though, the middle path will win out. Artificial intelligence is doing the legwork of understanding how to initiate our binge behavior. Bots follow us all over the internet, learning how to nudge us to keep coming back, to buy, to engage. They learn from our every move. They chat with us online (and sometimes, each other). They produce tons of content perfectly optimized for SEO to “drive traffic.” And often, we don’t even care.

“Researchers from the University of Florida note that artificial intelligence and natural language processing systems are getting so good at interacting with people, callers often don’t know whether they’re speaking to a real person or a robot.” Chris Melore reported earlier this year.

But you better believe companies are going to make a pretty penny selling the solutions they’ve perfected using our help to do everything from helping people with mental health challenges, or addictions (even the ones they cause), to helping keep the nation secure.

Until we get there though, things will continue to be messy. People will misuse technology against others who don’t quite understand how it works, and regulation of the industry, though it’s coming, has been slow to catch up. But even Google sees the middle path on the horizon, urging marketers to consider a first-party data strategy.

Cybersecurity Engineer, Eivind Horvik sent the FADS team this chilling piece on AI, and with it he said  “We are the masters of our universe and the creators of tools, and our tools are becoming so good they don’t even need anyone to operate them. But we shouldn’t worry about the tools becoming too advanced, but rather our society not being advanced enough to keep up.”

So what should we do?

Understanding just a little about how AI works, learning about how artificial intelligence is being used in all aspects of our lives and tuning in to how our information is being collected and used goes a long way. Like we said in a previous blog, and in the book, there’s really no stopping it. If you’re a marketing or communications professional, AI generated content can make it easier to do parts of your job, but AI can’t do everything, there is more value than ever in producing strong content, the kind of content that adds value and is written by experts and thought leaders.

And if you’re a consumer, you can change how you use the web, how to keep your information private, and how to manage your own destiny.

I’ll see you on the middle path.